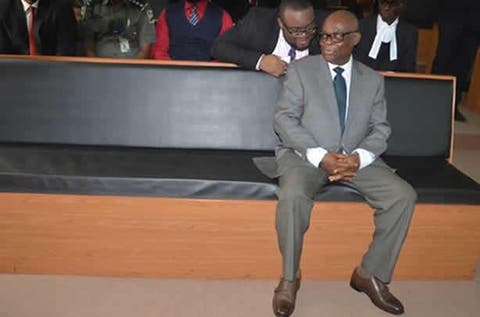 Reading the lead judgment, the tribunal chairman, Danladi Umar, ordered the immediate removal of Onnoghen from office as the CJN.

The Tribunal also stripped him of all offices earlier occupied, such as the Chairman of the National Judicial Council and also the chairmanship of the Federal Judicial Service Commission.

The tribunal also ordered the forfeiture of the five accounts which defendant failed to declare as part of his assets.

The tribunal also ordered the forfeiture of the money in the five accounts which Onnoghen allegedly failed to declare to the Federal Government.

Newspaper is your news, entertainment, music fashion website. We provide you with the latest breaking news and videos straight from the entertainment industry.
Contact us: contact@ebonyherald.net
© Designed by Correct Marketer NG
You cannot print contents of this website.